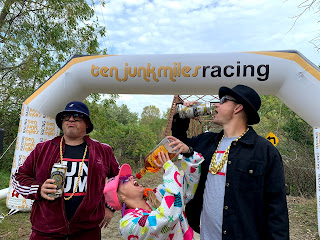 After a long discussion developed on my Facebook page I was challenged to come top with my top ten for Utrarunner of the year.  I think it's fair to say "if you're going to criticize why don't you tell us what you would do."

Sidenote, no one cares about my picks and I don't get to vote.  I also don't know as much as the panelists and I can't imagine most people caring.

Nothing really new here from the list I just ordered them slightly differently.  My guess is that I have a bias of longer distances over shorter.  Disclosure: I don't know any of the men, I've had Jared Hazen on Ten Junk Miles briefly about selling his buckle on eBay.

This warrants some explanation I'm sure. But first, disclosures: I know and consider Camille Herron and Alyson Kirk friends.  I've interacted with Faye Norby and Maggie Guterl but I wouldn't consider any of these communications "meaningful."

First: Alyson Kirk wasn't on the sheet but I'm adding her anyway.  She raced 5 100's and won them all (while climbing every fucking mountain in her off days).  Keep overlooking her.  She'll win Hardrock.

Second: with respect to Fay Norby, she WON the Tuscobia 160 mile winter ultra, the Arrowhead 135 winter ultra (during the -40 winter vortex) and the Actif Epica winter ultra.  Sidenote: only 11 people have completed these three races on foot in a calendar year.  More people have walked on the moon.  She won them all.  She also placed top ten at Black Hills and Wild Duluth, so she's not simply a winter athlete.

Third: I ranked Sabrina higher because she did REALLY HARD races.  HURT, Crewel Jewel, Neversummer and Reunion Island.  Are you kidding me?

Fourth: I ranked Maggie.  Biggs is a last man standing" race which you have to get invited to.  You can say what you want about the field, but if I was in a last MAN standing event I wouldn't want to see Dave Proctor, that handsome frenchman, Joe Fejes, not to mention many of the others.  But it isn't just that she won and the number of miles, it's what it symbolized.  I struggled with making this number 1.  I was really really close.  She showed up at a competitive race and beat all the men too.  I'm sure there are other examples of this (please add them to the comments) but I can't think of a better one.  It's a gender bending moment.  And because this story was so huge, for the little girls that read it.  For the men that were driven crazy about it.  I could argue that it was the single most impactful thing that may have happened in the sport.  In doing so, Maggie transcended the event itself .  She knocked us all out.  she beat all the men and all the women in a high profile event.  Who else can you say that about last year?

Sidenote: In discussing this I have had no difficulty convincing any women of my point of view.  Men, that's another story.  That's interesting.

Finally, Camille.  Sorry.  In addition to her other wins, she beat all of the women that have ever tried to run as many miles as possible in 24 hours.  Ever.  In the history of thew world.  And she didn't just beat them, she destroyed them by more than 5 miles.  That's just insane.  I know people will say that I picked her because she's my friend and that's fair.  But that's the breaks in having a friend that breaks a world fucking record.  It was a world best on a stage of people who were the best in the world.

Performance of the Year:

Oh, and I know in advance that no one cares. But thank you Speedgoat for making me do this because I now have a new respect for how hard it is.
Posted by Scotty Kummer at 9:39 AM

Email ThisBlogThis!Share to TwitterShare to FacebookShare to Pinterest
Labels: UROTY 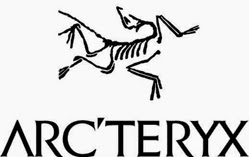